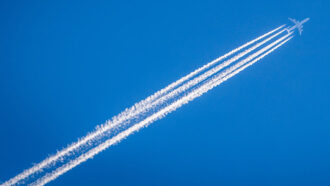 A new iron-based catalyst converts carbon dioxide into jet fuel, researchers report online December 22 in Nature Communications. Unlike cars, planes can’t carry batteries big enough to run on electricity from wind or solar power. But if CO2, rather than oil, were used to make jet fuel, that could reduce the air travel industry’s carbon footprint — which currently makes up 12 percent of all transportation-related CO2 emissions.

Past attempts to convert carbon dioxide into fuel have relied on catalysts made of relatively expensive materials, like cobalt, and required multiple chemical processing steps. The new catalyst powder is made of inexpensive ingredients, including iron, and transforms CO2 in a single step.

When placed in a reaction chamber with carbon dioxide and hydrogen gas, the catalyst helps carbon from the CO2 molecules separate from oxygen and link up with hydrogen — forming the hydrocarbon molecules that make up jet fuel. The leftover oxygen atoms from the CO2 join up with other hydrogen atoms to form water.

Tiancun Xiao, a chemist at the University of Oxford, and colleagues tested their new catalyst on carbon dioxide in a small reaction chamber set to 300° Celsius and pressurized to about 10 times the air pressure at sea level. Over 20 hours, the catalyst converted 38 percent of the carbon dioxide in the chamber into new chemical products. About 48 percent of those products were jet fuel hydrocarbons. Other by-products included similar petrochemicals, such as ethylene and propylene, which can be used to make plastics. 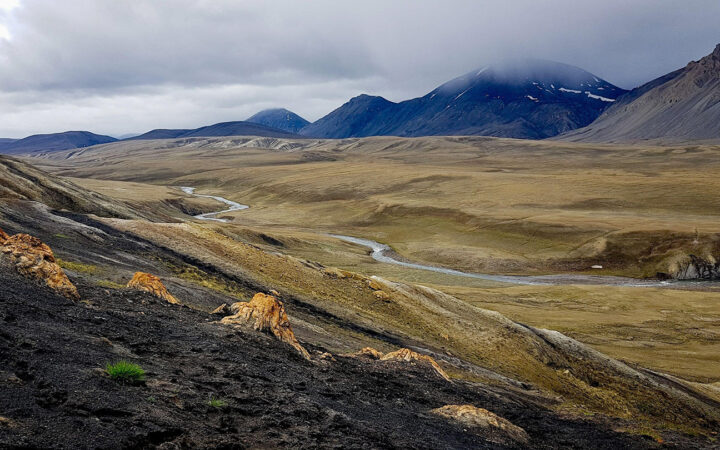 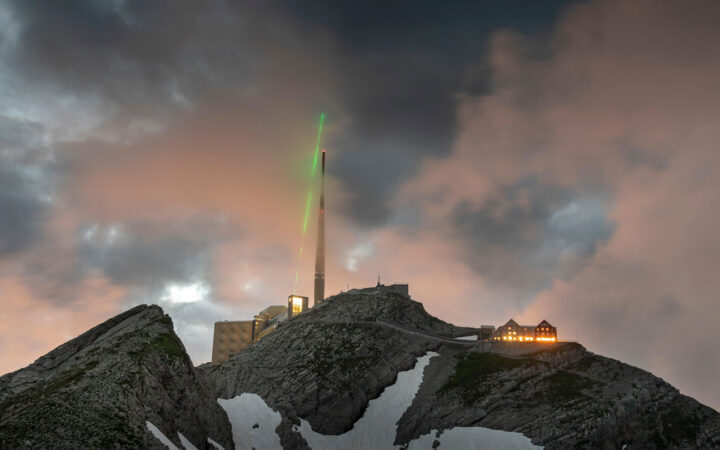