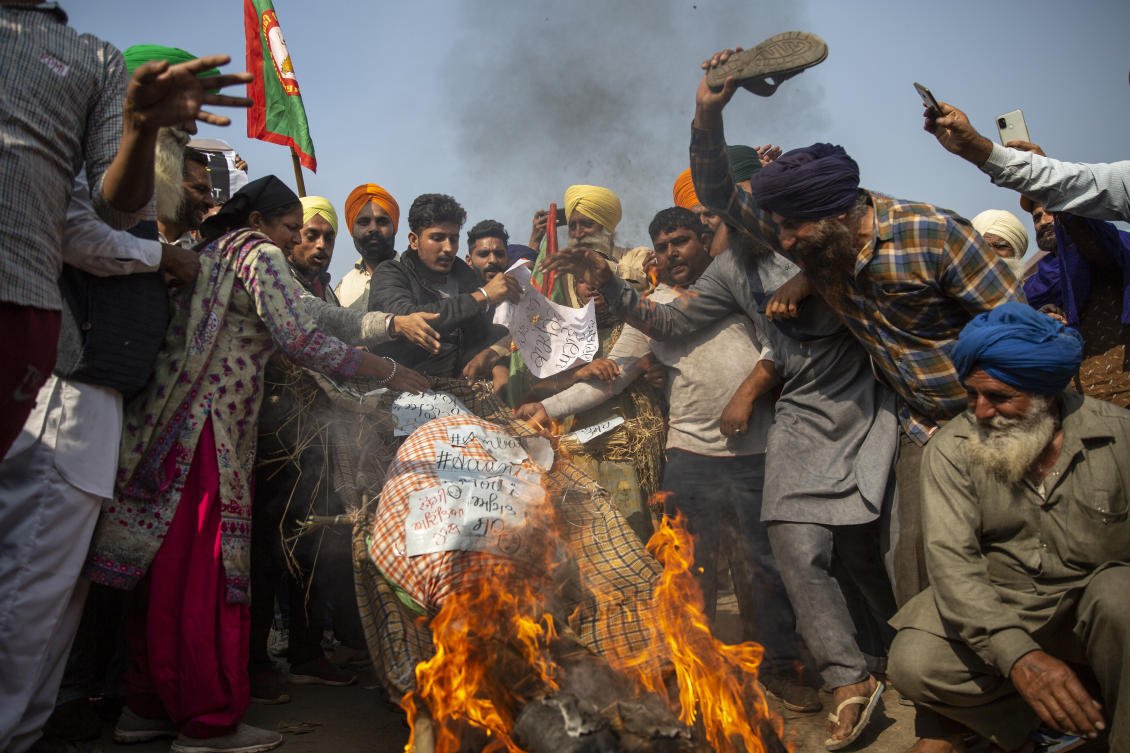 NEW DELHI: Indian Prime Minister Narendra Modi assured farmers on Saturday that reforms in the agrarian sector were aimed at helping them as thousands of farmers continued protests against three new laws to overhaul procurement and sale of produce.
“Reforms will help draw investment in agriculture and benefit farmers, ” he said at the annual meeting of the Federation of Indian Chambers of Commerce and Industry in New Delhi.
“The aim of the all government reforms is to make farmers’ prosperous,” he said adding that private sector must help improve the country’s agriculture sector.
But protesting farmers in northern states fear the new legislations will eventually dismantle India’s regulated markets and stop the government from buying wheat and rice at guaranteed prices, leaving them at the mercy of private buyers.
At least 30 farmer unions are actively protesting against the new laws. Talks between leaders of the farmers’ unions and government officials have failed to break the deadlock with the farmers demanding the complete rollback of the reforms.
Despite Modi’s latest assurances, thousands of farmers are trying to enter New Delhi from neighboring states to press for the repeal of the new legislation.
“We plan to protest peacefully,” said Balbir Singh Rajewal, president of the Bharatiya Kisan Union (Indian Farmer Union).
“The government must accept our demands if they want us to stop our protest,” Rajewal said.