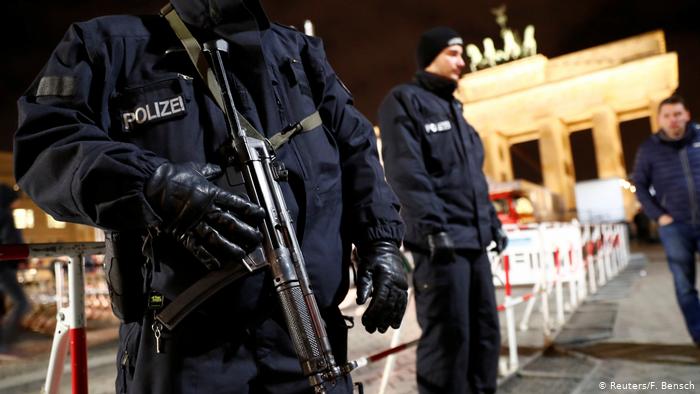 Germany’s top court said on Friday it had struck down a key passage of an anti-terror law on data protection grounds, raising the bar for security services to swap information.
The Federal Constitutional Court said the passage of the measure in question was too vague in granting permission for intelligence on terror suspects to be shared from a central security database.
It stipulated there must be an “overwhelming public interest” and a “sufficient concrete danger” of an attack to justify certain information being passed from one agency to another.
The anti-terror law has been controversial since it passed because it blurs the strict dividing line between law enforcement and intelligence established after World War II to stamp out the abuses of the Nazi period.
The 2007 law in question targets Islamic extremists and was updated in 2012 to cover the far-right scene.
The same court saw a similar challenge in 2013.
It decided at the time that the so-called Anti-Terror Database aimed at keeping track of violent extremists could stand but said lawmakers must bolster its civil rights protections.
The court ordered “transparency” measures to be woven in and said that officials charged with protecting data privacy must be given a clear watchdog role in the operation of the database.
The ruling announced Friday found that legislators had not gone far enough in ensuring those protections under a revision that went into effect in 2015.
The Anti-Terror Database contains information on more than 16,000 people including names, dates of birth, addresses, bank details, religion as well as registered weapons and “skills relevant to terrorism”.
Those listed include militant suspects but also their contacts.
It is compiled by the Federal Crime Office (BKA) and is available to police and intelligence services on the federal and state level.
The disputed passage allows the authorities to do systematic searches of the database to find connections between investigations and suspects.
The federal judges found this can now only occur with “strong evidence of a suspected offence”. 2 hours ago
Nearly half of world’s terror victims are African, with organised crime increasingly entrenched