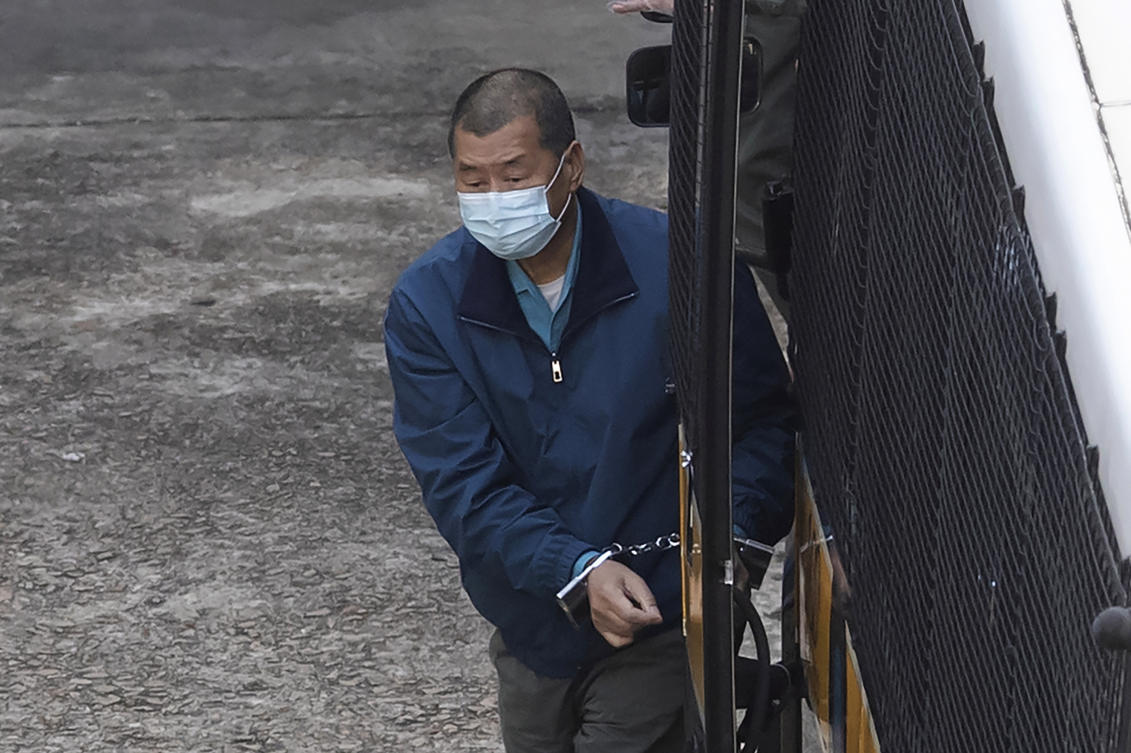 LONDON: Britain expressed alarm on Friday after Hong Kong media tycoon and Beijing critic Jimmy Lai, who has UK citizenship, became the most high-profile figure yet charged under a sweeping national security law.
Lai 73, is the owner of Hong Kong’s best-selling Apple Daily, a popular tabloid that is unashamedly pro-democracy and fiercely critical of authorities.
Police charged him on Friday of “collusion with a foreign country or with external elements to endanger national security.”
“The UK remains deeply concerned about the Hong Kong authorities’ focus on pursuing legal cases against pro-democracy figures like Jimmy Lai,” a spokesman for Prime Minister Boris Johnson told reporters.
“We have raised this case with the authorities and will continue to lobby them at senior levels to end their targeting of pro-democracy voices.”
Lai has held UK citizenship since before Britain handed Hong Kong back to Chinese rule in 1997. However, Britain’s foreign ministry has said it cannot offer him consular assistance as China does not recognize dual nationality.
Offences under the new law carry a maximum sentence of life in prison.
China’s clampdown on Hong Kong has dramatically accelerated since it imposed the security law in June, with opposition politicians disqualified from the legislature and dozens of activists charged or investigated.
Some pro-democracy figures have fled abroad. One, Nathan Law, on Wednesday held his first meeting with a UK minister after relocating to Britain in July.
The meeting involving Home Secretary Priti Patel came as she reviews a plan to further relax entry rules for Hong Kong holders of British National (Overseas) passports, a legacy of the final years of Britain’s rule over the territory.
“The BNO scheme means a lot to Hong Kong people who had tasted freedom but (are) gradually losing it,” Law said after the meeting.
In a debate about Hong Kong on Monday, British lawmakers expressed strong backing for Lai and for three young protest leaders who were jailed last week.
They expressed particular fury at London- and Hong Kong-based banking giant HSBC for freezing bank accounts linked to democracy figures.
Accusing HSBC of acting in a “disreputable and appalling way,” former Conservative leader Iain Duncan Smith demanded reprisals against the bank from the UK government.
But unlike the US government, London has so far backed off imposing financial and travel bans on Chinese and Hong Kong leaders in response to the security law.