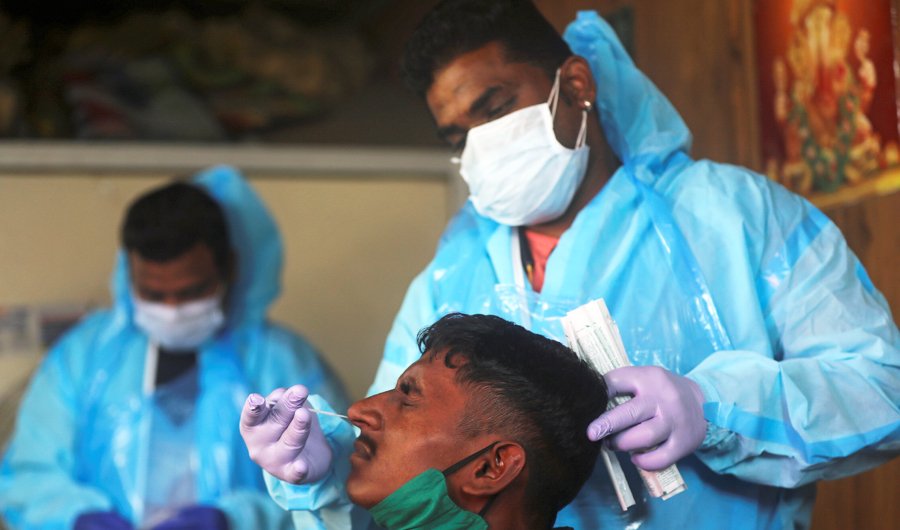 NEW DELHI: Medical doctors across India went on strike on Friday to protest against the government’s decision to allow traditional healers to perform general surgical procedures.

The Central Council of Indian Medicine in late November authorized postgraduate practitioners of specified streams of Ayurveda, the ancient Hindu practice of health, to be trained to perform procedures such as excisions of benign tumors, amputation of gangrene and nasal and cataract surgery.
“We unequivocally condemn the uncivil ways of the Central Council of Indian Medicine to arrogate itself to vivisect modern medicine and empower its practitioners with undeserving areas of practice,” the Indian Medical Association (IMA) said in a statement on Friday.
The doctors’ association also asked its members and the country’s medical fraternity not to teach the procedures to those who are not trained in modern medicine.
“The government wants to promote one patchy system amalgamating allopathy with other traditional medicine, which is not acceptable because to perform a surgery you need special studies, training and a multidisciplinary approach before taking a call to operate on a patient,” said Dr. Harjit Singh Bhatti, president of Progressive Medicos and Scientific Forum.
He said that by recognizing “pseudomedical practitioners,” the government is trying to improve statistics.
The Economic Survey of India 2019-20 shows that the doctor-population ratio in the country is 1:1456, as against the World Health Organization’s recommendation of 1:1000.
“The ratio of the doctors compared to the population is very low in India and the government, instead of spending on expanding medical infrastructure and medical colleges, is trying the shortcut method to boost numbers,” Bhatti said.
Around 400,000 doctors associated with the IMA did not come to work. Many medical colleges and private hospitals also restricted their outpatient services.
“It took me at least 10 years to do medicine and get training in surgery. How can a person who has just studied traditional medicine for five years with no training in surgery perform surgery?” asked Dr. Loveleen Mangla of Noida-based Metro Hospital and Cancer Institute in Uttar Pradesh.
“This is not good for the country. It will increase the complications and increase morbidity and mortality. People will lose faith in our medical system if we allow Ayurvedic doctors to perform surgery,” he said. He questioned whether lawmakers themselves would go to traditional healers if they had to get some surgery done in their family.
Ayurveda practitioners, however, welcomed the government’s decision.
“We have been teaching surgery and performing surgery in Ayurveda for the last 35 years, it’s not new to us,” said Dr. Hitesh Jani, former principal of Gujarat Ayurveda University.
“There is a lot of ignorance about our teaching, people don’t know much about what we study and do. I have also taught surgery, but the allopathic doctors don’t know about it,” he told Arab News.
“The world recognizes the importance of Indian Ayurveda, but our medical practitioners don’t recognize it. The British and Americans have preserved the Indian Ayurvedic medical practices, but we Indians have forgotten our valuable treasure.”
Ayurveda is an alternative healing system with historical roots in the Indian subcontinent.
The Indian government’s push for Ayurveda is in line with the ruling Bharatiya Janata Party’s (BJP) plan to revive Indian traditions. After assuming power in 2014, the Hindu nationalist party created a separate Ministry of Ayurveda, Yoga and Naturopathy, Unani, Siddha and Homoeopathy (AYUSH) with a budget allocation of nearly $300 million. Dr. Bhatti, however, criticized the decision.
“This government is promoting quackery and pseudoscience. The Modi regime is so arrogant that it thinks that it can get away by doing anything in the name of Indian tradition and culture. It is legitimizing quackery,” he said.