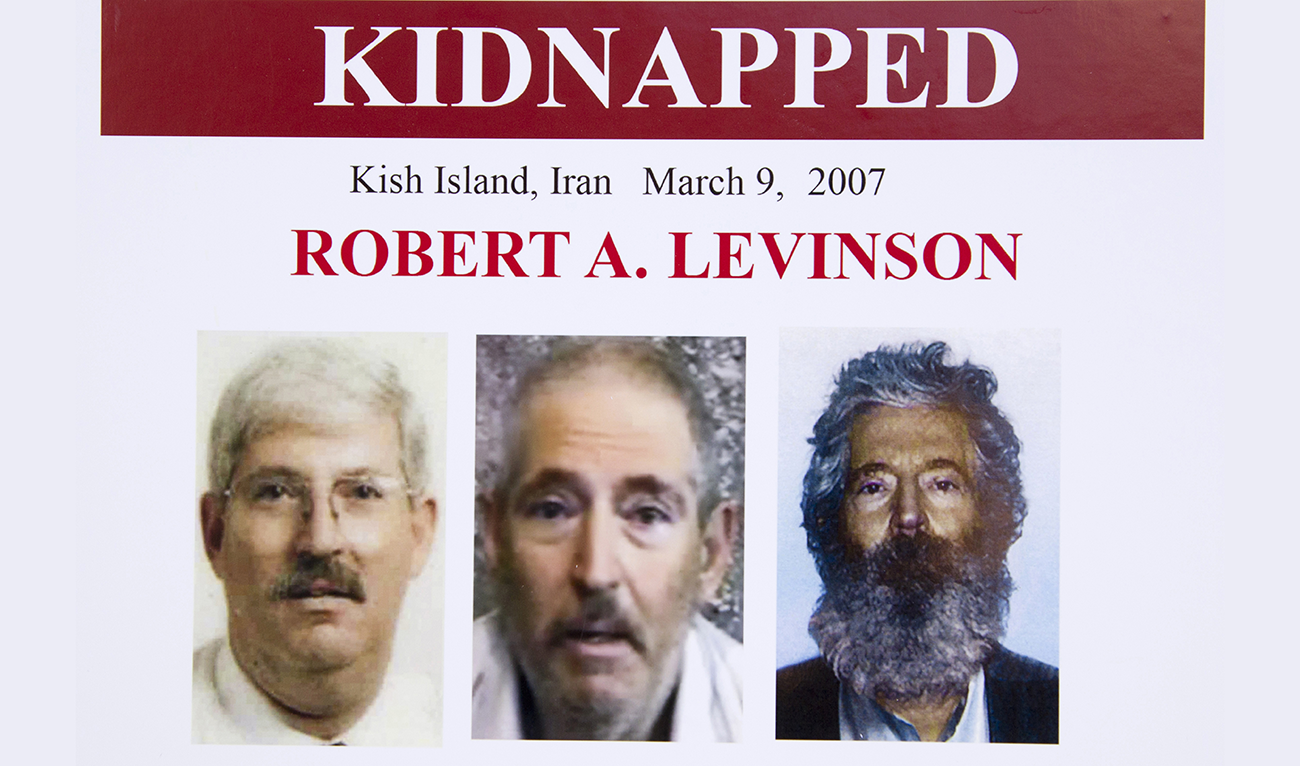 WASHINGTON: The Trump administration for the first time on Monday formally blamed Iran for the presumed death of retired FBI agent Robert Levinson, publicly identifying two Iranian intelligence officers believed responsible for his abduction and imposing sanctions against them.

Levinson disappeared in Iran under mysterious circumstances more than a decade ago, and though US diplomats and investigators have long said they thought he was taken by Iranian government agents, Monday’s announcement in the final weeks of the Trump administration was the most definitive assignment of blame to date.

The announcement is the latest in a series of tough actions the Trump administration has taken toward Iran as it works to cement an aggressive posture that may complicate any efforts by incoming President Joe Biden and his national security team to radically change course once they take office next month. US officials preemptively made clear Monday that no deal with Iran should be finalized without providing for the release of Americans who remain detained there.

Besides calling out two high-ranking intelligence officers by name, US officials also said the Iranian regime sanctioned the plot that led to Levinson’s abduction and lied for years about its involvement in his disappearance through disinformation campaigns aimed at deflecting responsibility and covering up the government’s role.

“The abduction of Mr. Levinson in Iran is an outrageous example of the Iranian regime’s willingness to commit unjust acts,” Treasury Secretary Steven Mnuchin said in a statement.

The Iranian intelligence officers, Mohammad Baseri and Ahmad Khazai, are alleged to have been involved in Levinson’s abduction and probable death. Under the sanctions, any property or assets they hold in the US would be frozen. Though it’s unlikely they have bank accounts in the US, the sanctions could also limit their movements or financial dealing outside Iran. The men have met with intelligence officials from other countries and also led delegations, US officials say.

There was no immediate reaction in Iranian state media Monday night to the announcement.

In a statement, the Levinson family thanked Trump administration officials and called Monday’s announcement “just one step in a long road toward achieving justice for him, but it is an important one.”

“Robert Levinson will never come home to his family alive because of the cruel, cynical and inhumane actions of the Iranian authorities,” the family said. “Because of these men and others like them, our wonderful husband, father and grandfather died alone, thousands of miles from everyone he loved.”

Monday’s announcement is the latest aggressive Trump administration action against Iran since the president two years ago withdrew from the landmark 2015 Iran nuclear deal, a signature foreign policy achievement of predecessor Barack Obama.

Since then, the Trump administration has steadily ramped up pressure on Iran, reimposing a wide swath of sanctions and taking other actions, including killing the head of the Islamic Revolutionary Guards Corps in a drone strike at the airport in Baghdad this year.

That move, coupled with retaliatory attacks against Iranian-backed militias in Iraq, stepped-up sanctions against Iranian proxies in Lebanon and Yemen and the recent killing of an Iranian nuclear scientist outside of Tehran that has been attributed to Israel, have left the impression that Trump is seeking to box in Biden when he takes office in January.

Biden has said he wants to reenter the 2015 nuclear deal but also improve and expand on it. Those prospects may prove difficult to realize if the situation escalates in the next five weeks.

Officials said they were announcing sanctions now, one month before Trump leaves office, not for any political reasons but simply because they had finally accumulated enough information to formally hold Iran accountable. They also said that no agreement with Iran should be reached in the next administration without a deal to free three Americans who they said remain imprisoned there.

The announcement comes nine months after US officials revealed that they had concluded that Levinson “may have passed some time ago” though they did not disclose at the time the information that led to that assessment. Officials on Monday would not describe any additional intelligence, except to say that all evidence they had pointed in the direction of Levinson having died in captivity.

Levinson vanished on March 9, 2007, when he was scheduled to meet a source on the Iranian island of Kish. For years, US officials would say only that Levinson was working independently on a private investigation. But a 2013 Associated Press investigation revealed that Levinson had been sent on a mission by CIA analysts who had no authority to run such an operation. He would be 72 years old now.

FBI Director Christopher Wray said in a statement that “this situation is personal because Bob served as a special agent for 22 years and will always be a part of the FBI family.”

The family received a video in late 2010 as well as proof-of-life photographs in 2011 in which he appeared disheveled with a long beard and wearing an orange prison jumpsuit like those given to detainees at the Guantanamo Bay prison. Even then, his whereabouts and fate were not known, and the Iran government has consistently denied having any information about Levinson.

Earlier this year, a federal judge in Washington held Iran liable for his disappearance, saying the country was “in no uncertain terms” responsible for Levinson’s “hostage taking and torture.”